The Economic Development Corp. and Department of Parks & Recreation broke ground late Fall 2019 for the long-awaited grand lawn and staircase in the new waterfront park. Completion of this Phase is scheduled for 2023. 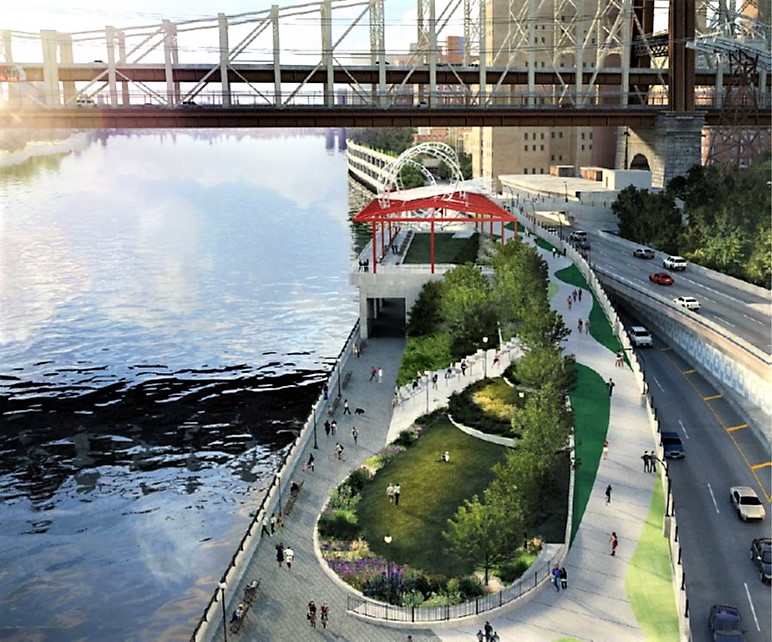 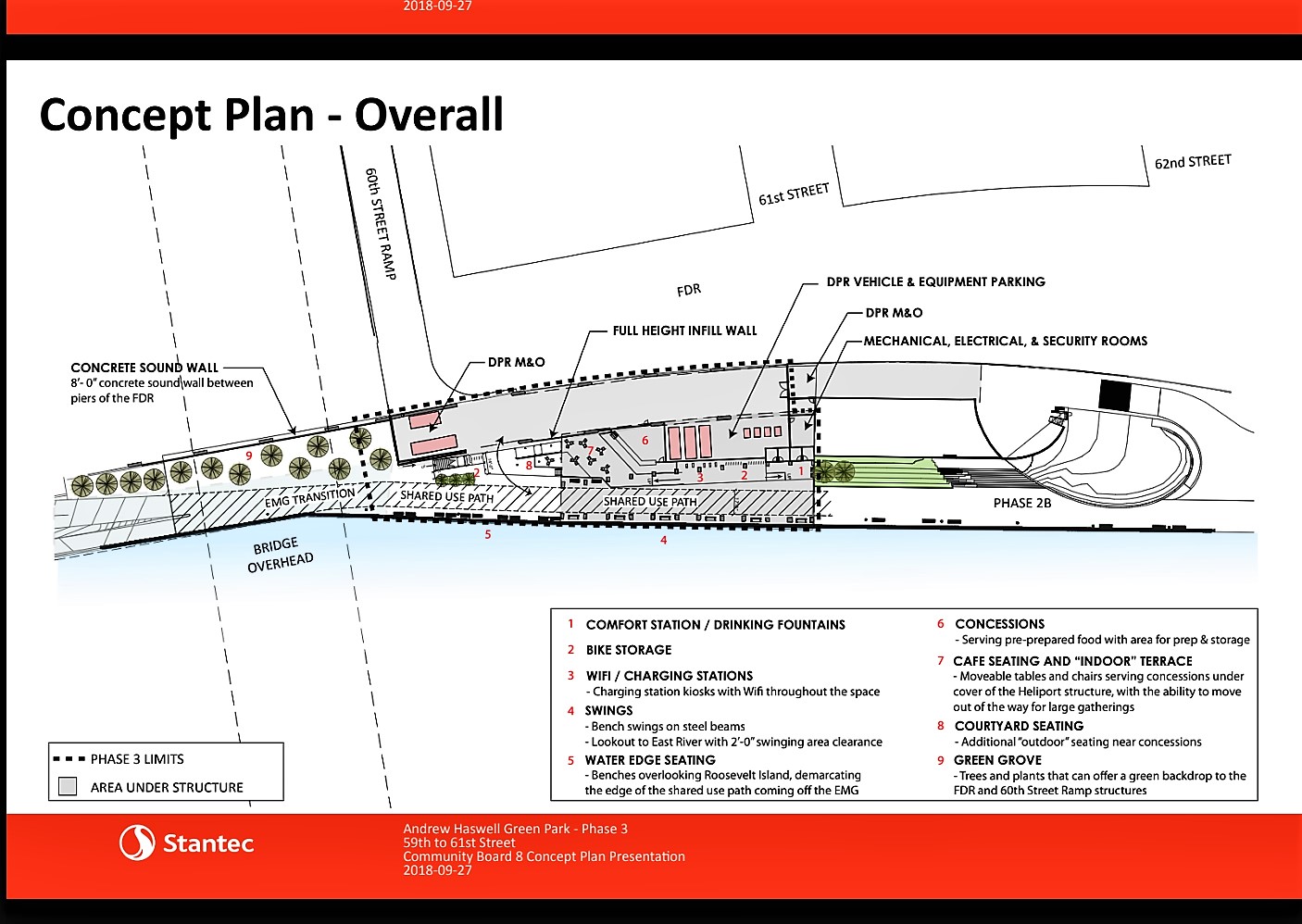 The Economic Development Corporation and the Department of Parks and Recreation broke ground in the late Fall 2019. This will fill a major gap in the Manhattan Waterfront Greenway between 39th and 61st Streets along the East River, while providing much-desired waterfront access and public open space resources for the community. Completion is scheduled for 2023. 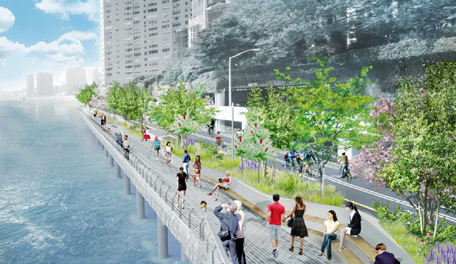 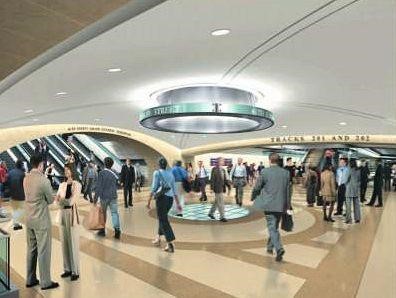 East Side Access (ESA) at 63rd Street and Second Avenue

East Side Access is a public works project being undertaken by the Metropolitan Transportation Authority (MTA) in New York City, designed to bring the Long Island Rail Road (LIRR) into a new East Side station to be built below and incorporated into Grand Central Terminal in Manhattan. It is expected to be operational by 2023. There will be no stop in the East Sixties

The NYC Department of Design and Construction (DDC) is replacing the sewer and water mains, as well as working with Con Ed to replace the Gas Mains along York Avenue from 61 Street to 64 streets and going up 62 Street towards First Avenue. All the work will be in the roadway and there will be some necessary removal and replacement of trees. The project is expected to be finished Winter 2024. 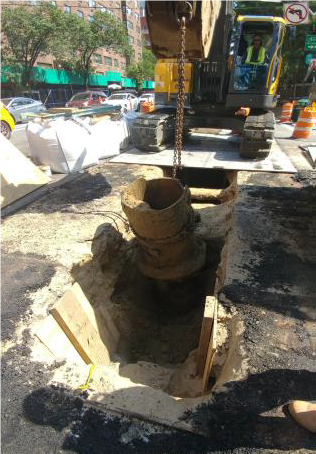 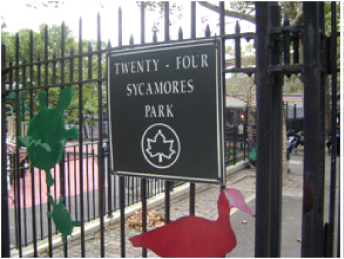 The Upper Level asphalt has been replaced. The base of the flagpole has been repaired. The new fencing was installed around the swings, as well as safety surface under the swings. The comfort station was made ADA accessible, and the the exterior of the building had the paint removed and the natural brick façade was restored.

Dog run, planted areas and benches. Located on the Esplanade with
view of East River.

Pavilion is open and consists of seating, chess and checker tables, green lawn and planting. NO DOGS ALLOWED ON THE LAWN OR OFF LEASH

The Department of Parks & Recreation has created a totally new design for Honey Locust Park. The new look will consist of honey locust trees, new trees, plants, shrubs, mulch and some grass block pavers. The length of the park has been expanded 20 feet into DOT property going towards 1st Avenue and 6 feet of sidewalk space has been added to the south side of the park. There will be a granite block curb demarking the 2 planted areas. Each area will have a curved niche area for seating, as well as 2 seating areas facing each other along the aisle. The curved ramp will remain concrete. Park is now open. 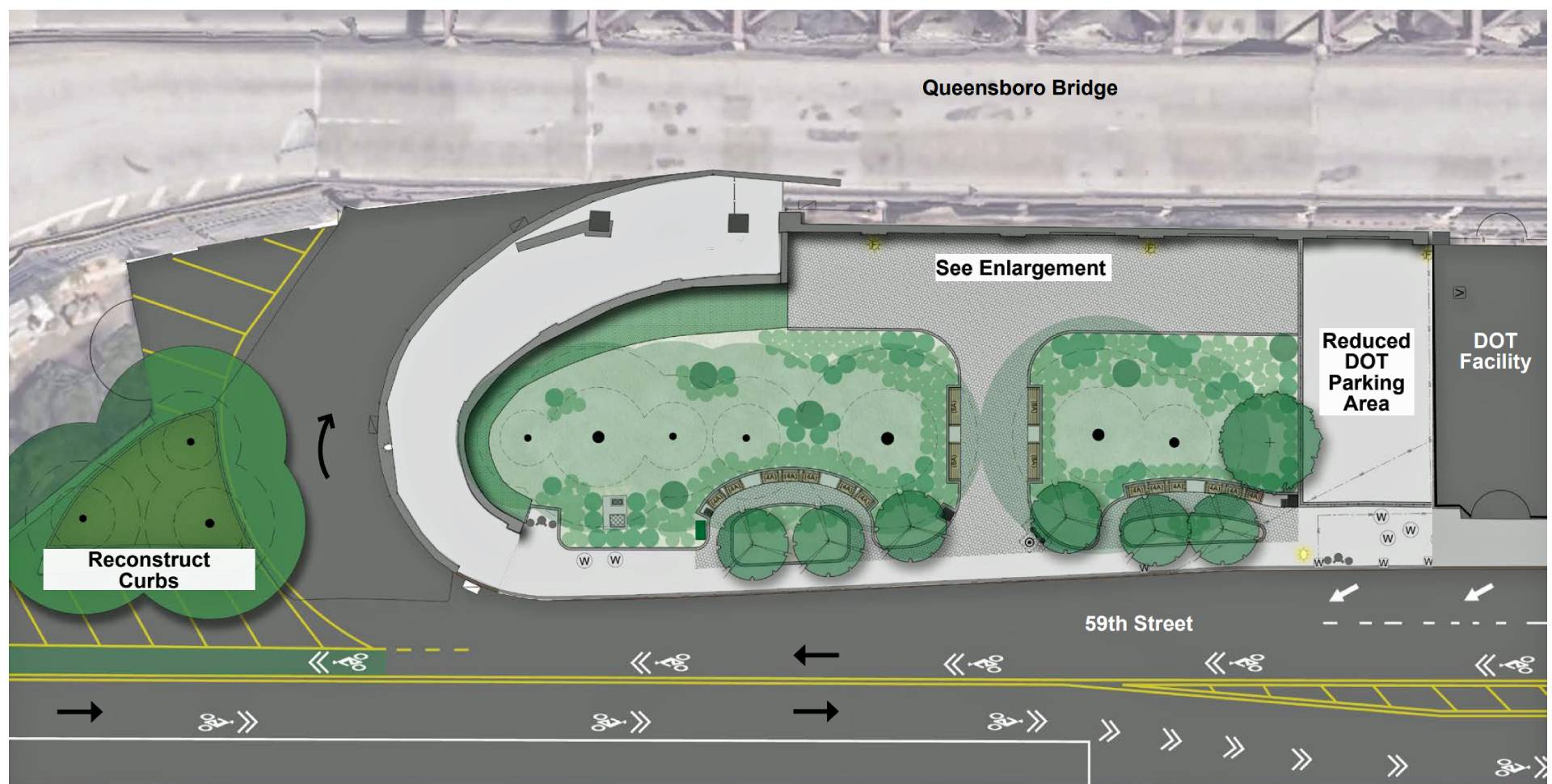 Phase 1 of the long-awaited Second Avenue Subway opened for revenue service on January 1, 2017. The Q line connects the east side of the Upper East Side to Carnegie Hall, Times Square, Herald Square, Union Square and Canal Street in Manhattan and the last stop is just a hot-dog’s length from Nathan’s in Coney Island. With breathtakingly beautiful new stations at E. 96, E. 86, E. 72, and E. 63rd Streets, the new line sparkles with open galleries showcasing dramatic mosaics by four world-famous artists. A tourist destination in itself, the new Second Avenue Subway is a much-needed enhancement to the city’s transportation network. The new open-air plaza at northwest corner of Third Avenue and East 63rd Street is home to the elevator to the mezzanine and provides ample seating and planting for the enjoyment of the community. 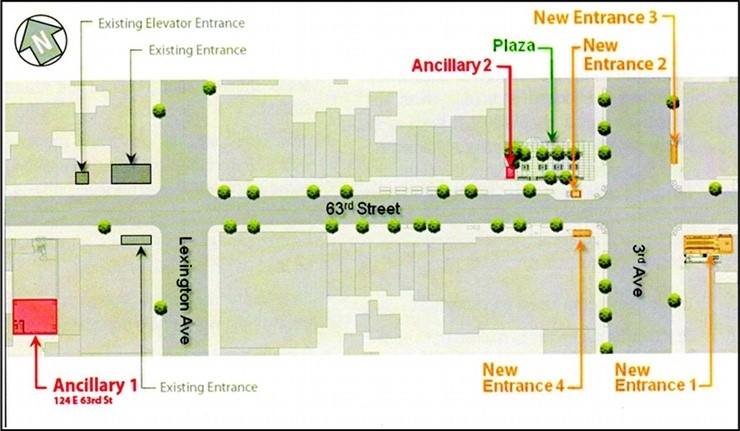 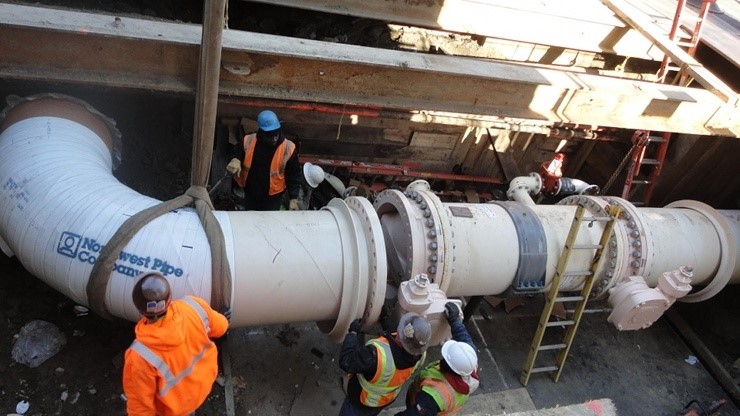 Shaft 33B of the 3rd Water Tunnel and 2 Ancillary Mains

The City currently relies on City Water Tunnels No. 1 and 2 for the majority of its drinking water.  These tunnels were first put into service in 1917 and 1936, respectively. The completed City Water Tunnel No. 3 will provide New York with critical redundancy, and will allow DEP to shut down and repair City Water Tunnels No. 1 and 2 for the first time in their history. The last Shaft, 33B, is located at 59th Street & 1st Avenue and there are two mains that hook up from the shaft and the main trunk lines that run up 3rd Avenue.